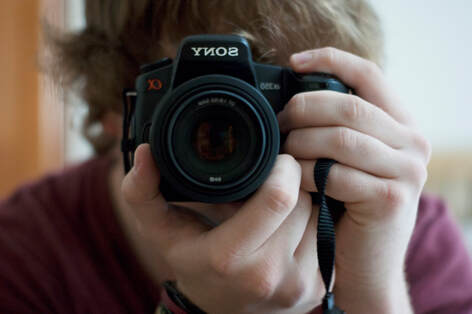 Hi..
I'm Sam, and photography has been a passion of mine since I first picked up a DSLR.

At the point of choosing my subjects for my A-Levels, I'd quickly made my decisions and Photography wasn't first on the list, but more about that later!
I'd sat and considered all the options and decided to give Photography 'a crack' and see how I got on. Quickly I realised how much I enjoyed my time spent behind the camera in a variety of different situations, both in and out of the studio.

As my skills developed and I got further into my A-Level, I found a real love for Bulb Settings and Long Exposure photography.

Once Sixth Form was over I left and started an apprenticeship in IT for a company based in Falmouth, Cornwall and I started to become detached from photography through lack of time due to traveling during the early mornings and late evenings. The camera went away and was collecting dust for a number of years until eventually it died, the Olympus E450. Whilst my interest in photography never really died, I was stuck using my iPhone and desperately pretending it was as good as a DSLR (it really isn't!).

When the time came to eventually pick up a camera again I needed to invest in a new DSLR and purchased the Sony A350 from Facebook Marketplace and purchased a number of different filter sets, lenses and various accessories, and then in early 2019 I purchased the Sony A7 MK1. Having the ability to shoot both photos and videos with this camera has really helped me out! I've been able to shoot small cocktail making videos for a local cafe as well as shooting videos of rivers flowing, waterfalls and just all round peaceful nature.

Finally, I've decided to start trying to sell my photography and see what the interest is like... Check out my work here.
That's all!